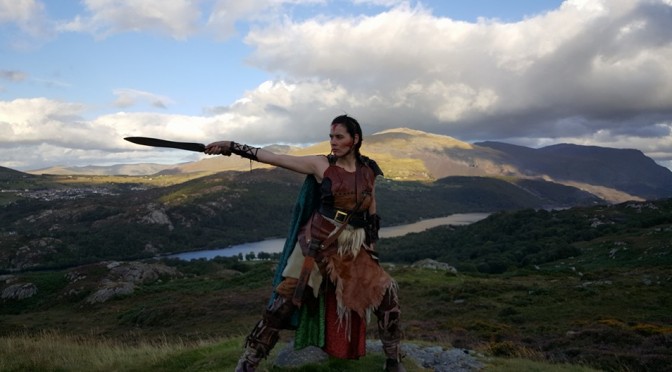 Again apologies to the lateness of my posting, the summer months have been busy to say the least, but hear is the update of whats been happening.

Starting from the last post, I recorded an audition video for a role playing the owner of an illegal drinking establishment in the Prohibition Era. From that I got a call back and did a live reading with the director and by the end of the session it came across that I got the role. Sure enough I got the email saying the role was mine which was awesome! Filming was set in a weeks time.

Before that filming, I was heading upto Hull to do the first main block of filming on the TV Drama Humber City. I was there for 4 days for exterior and office scenes which went well on the whole. There is more filming planned for early November, to keep upto date with whats happening with the project, check out their Facebook page here  https://www.facebook.com/Humber.City?fref=ts 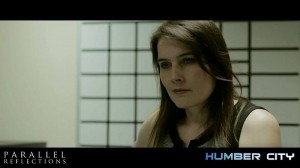 One of my favourite gigs was the Bug Safari, taking families around the lovely grounds and looking for insects in different enviroments. A lovely fun relaxed event and playing dress up as Victorian Explorers! 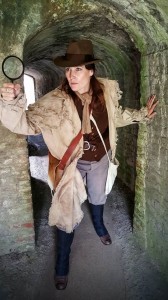 Then it was time to film the Prohibition video, the set was dressed my hair and make-up was done (which was amazing) and it took a few hours to have it all done. The video will be an introduction to a corporate training game in which high end executives will take part. There is a gaming box on the table in front of each team,  after they have watched my video which welcomes them to my establishment I also explain what the day entails. It should look great when its done, as of yet I still haven’t seen it but I am hoping to get a copy of it soon. In the meantime check out my awesome make-up! 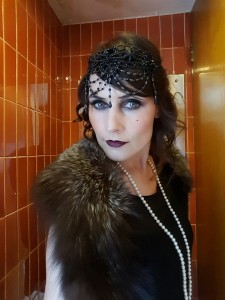 I have had a couple of commissions for heradlic flags this season, which I am proud to say were at 2 top end Tudor Jousts at Hampton Court Palace and the Tower of London. The Hampton Court ones were 8 silk flags, 4 English crosses and 4 Spanish ones. The Tower of London Jousts I was commissioned to paint 2 Anne Boleyn flags which looked amazing. I hope to do more as I really enjoy making these. 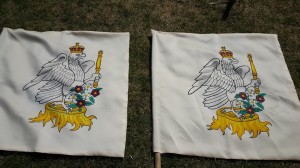 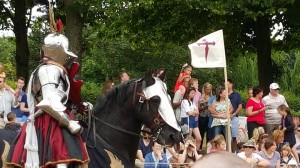 The only ride I got with the jousting team this season was at Bosworth Battle re-enactment, bit disappointing I only got to ride the once but here is a nice image from the weekend. 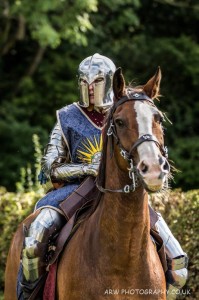 Earlier this year I did some filming on a new Channel 4 series called Time Crashers. A new show which saw 10 celebrites being sent back in time to different periods doing every days jobs. I was involved with the second one which was set in the Medieval period around a Joust. I played the Lady of the Joust which was great fun but it doesn’t show on the screen how cold it was that day, it was freezing! I got some good screentime, if you missed it you can watch it and the other episodes here https://www.youtube.com/watch?v=Tkyc5deYero 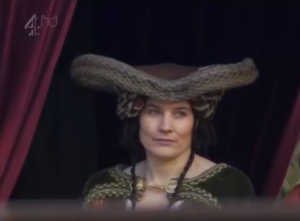 Finally I auditioned for a feature film called Chariot set around the character Ben Hur. I was blessed to win the role of a character called Braga, a Celtic Tribal Warrior. She is part of a mercenary gang hired by the Romans to capture Ben Hur. Filming was up in Snowdonia, North Wales. The scenery as you can imagine was beautiful! I really enjoyed my time filming on this and hopefully it will be finished for January. I will keep you posted on this as this film will have worldwide distribution so you should have a great chance to see it somewhere! The image at the top of this post was taken on my last day on set.